Monitors the impact of load testing experiments performed with K6.

You can read more about the metrics that K6 sends in the K6 documentation. 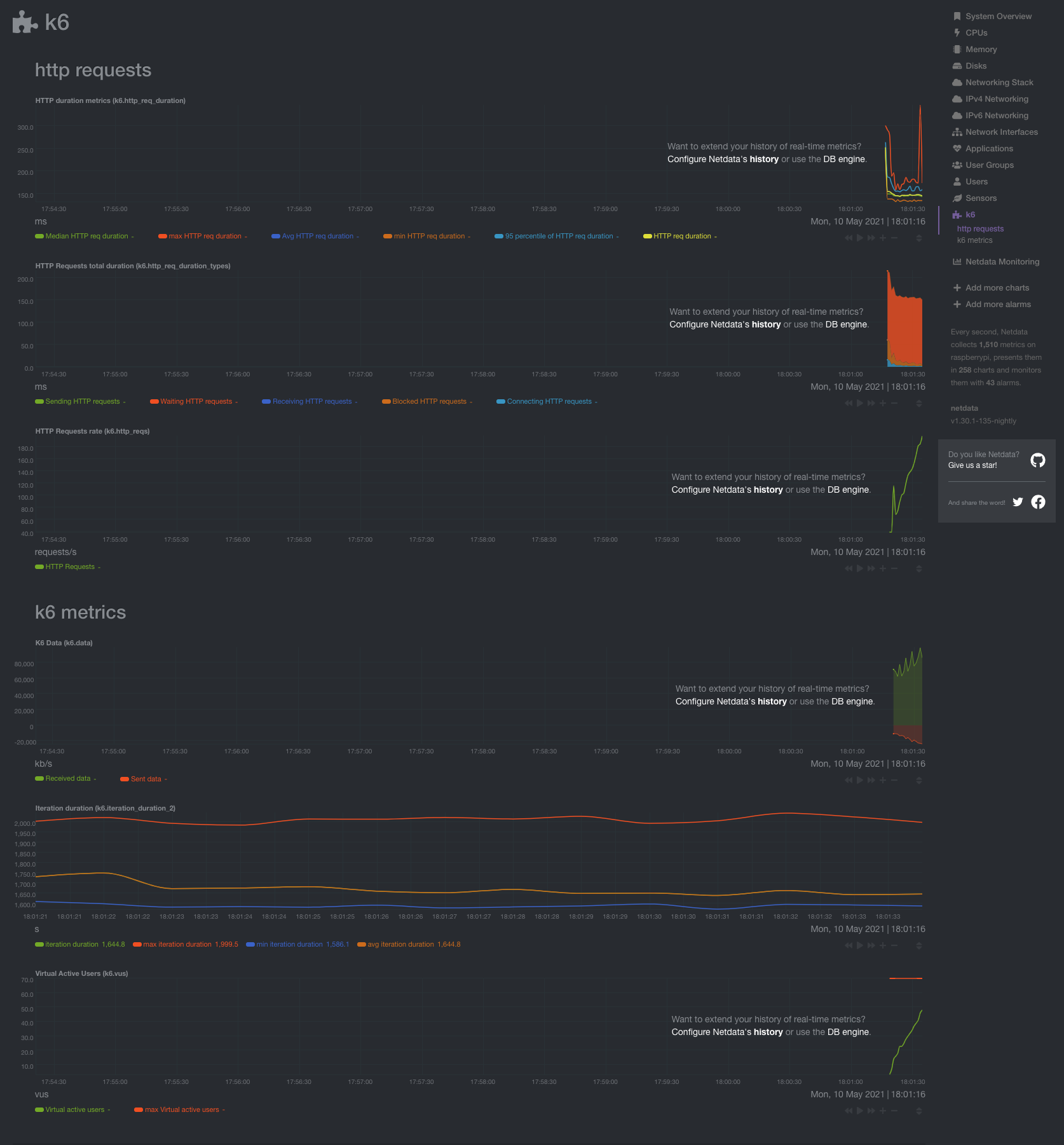 Number of HTTP requests that K6 generates, per second.

Number of failed HTTP requests that K6 generates, per second.

The time it took K6 to complete one full iteration of the main function.

The number of iterations that could not be started either due to lack of Virtual Users or lack of time.

The amount of data received and sent.

The total duration it took for a round-trip of an HTTP request. It includes:

The collector is preconfigured and defined in statsd.plugin/k6.conf.

Due to being a StatsD collector, you only need to define the configuration file and then send data to Netdata using the StatsD protocol.

If Netdata is running on the same machine as K6, no further configuration is required. Otherwise, you will have to point K6 to your node and make sure that the K6 process can reach Netdata.