To visualize cgroup metrics Netdata provides configuration for cherry picking the cgroups of interest. By default ( without any configuration) Netdata should pick systemd services, all kinds of containers (lxc, docker, etc) and virtual machines spawn by managers that register them with cgroups (qemu, libvirt, etc).

In general, no additional settings are required. Netdata discovers all available cgroups on the host system and collects their metrics.

how Netdata finds the available cgroups​

Renaming is configured with the following options: 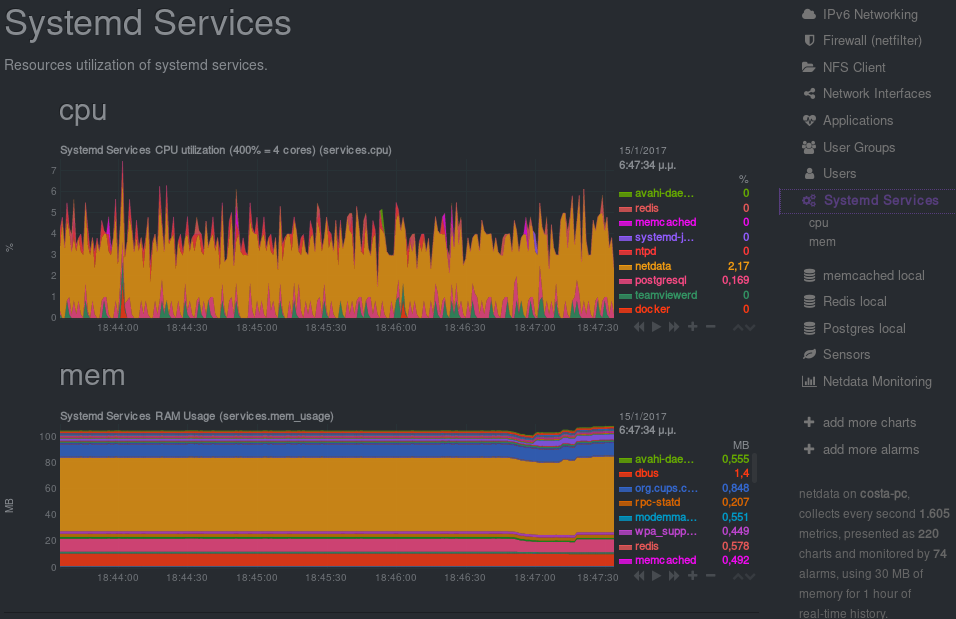 Now, when you run systemd-cgtop, services will start reporting usage (if it does not, restart any service to wake it up). Refresh your Netdata dashboard, and you will have the charts too.