The Alerta monitoring system is a tool used to consolidate and de-duplicate alerts from multiple sources for quick ‘at-a-glance’ visualisation. With just one system you can monitor alerts from many other monitoring tools on a single screen. 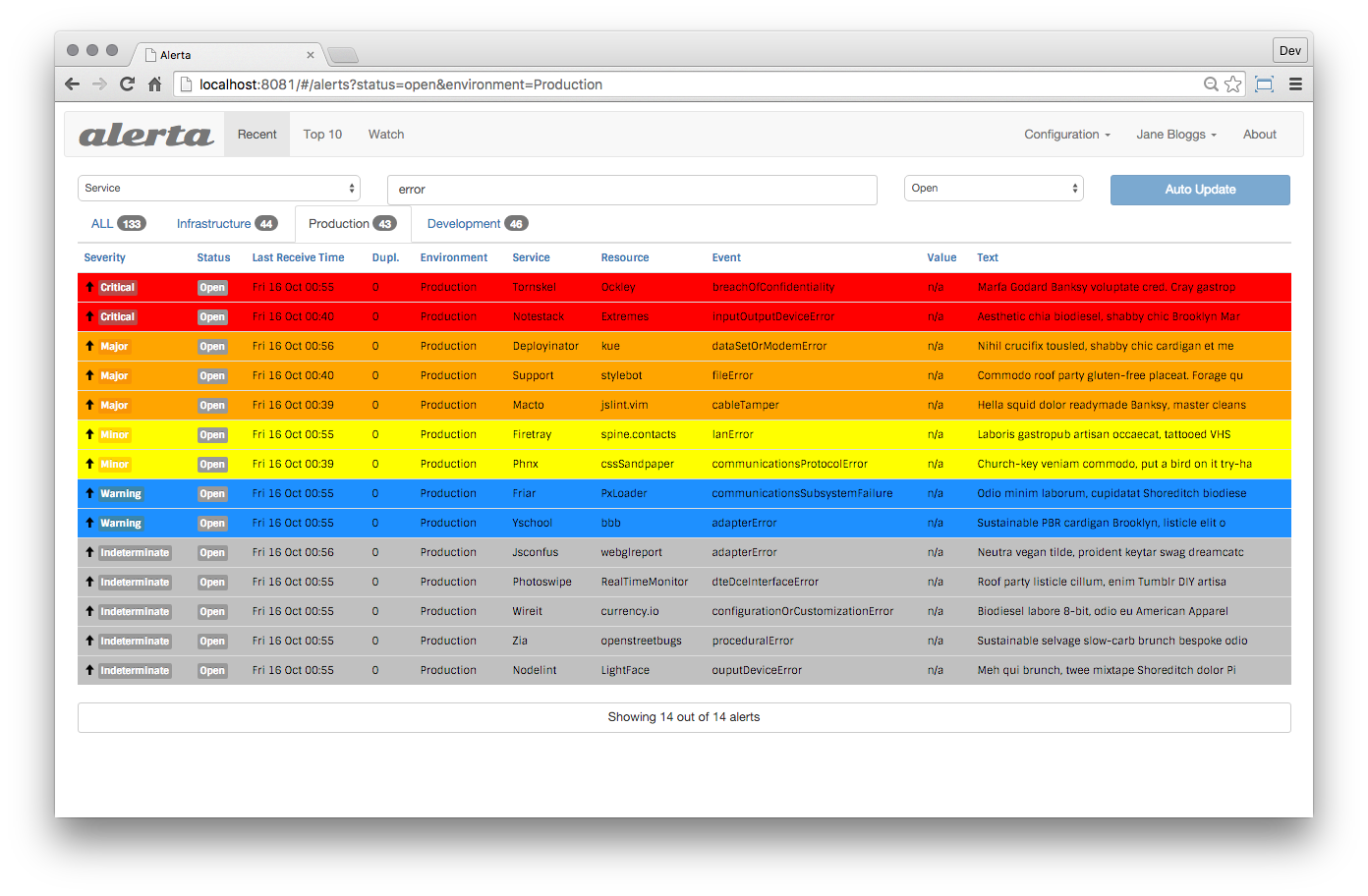 Alerta's advantage is the main view, where you can see all active alarms with the most recent state. You can also view an alert history. You can send Netdata alerts to Alerta to see alerts coming from many Netdata hosts or also from a multi-host Netdata configuration.

The recommended setup is using a dedicated server, VM or container. If you have other NGINX or Apache servers in your organization, it is recommended to proxy to this new server.

You can install Alerta in several ways:

Step 1. Create an API key (if authentication in Alerta is enabled)​

You will need an API key to send messages from any source, if Alerta is configured to use authentication (recommended).

We can test alarms using the standard approach:

Note This script will send 3 alarms. Alerta will not show the alerts in the main page, because last alarm is "CLEAR". To see the test alarms, you need to select "closed" alarms in the top-right lookup.