You have a custom application or infrastructure that you need to monitor, but no open-source monitoring tool offers a prebuilt method for collecting your required metric data.

In this tutorial, you'll learn how to leverage the Python programming language to build a custom data collector for the Netdata Agent. Follow along with your own dataset, using the techniques and best practices covered here, or use the included examples for collecting and organizing either random or weather data.

What you need to get started#

Jobs and elements of a Python collector#

A Python collector for Netdata is a Python script that gathers data from an external source and transforms these data into charts to be displayed by Netdata dashboard. The basic jobs of the plugin are:

The basic elements of a Netdata collector are:

Let's walk through these jobs and elements as independent elements first, then apply them to example Python code.

Determine how to gather metrics data#

Netdata can collect data from any program that can print to stdout. Common input sources for collectors can be logfiles, HTTP requests, executables, and more. While this tutorial will offer some example inputs, your custom application will have different inputs and metrics.

For the data to be represented in the Netdata dashboard, you need to create charts. Charts (in general) are defined by several characteristics: title, legend, units, type, and presented values. Each chart is represented as a dictionary entry:

Use the options field to set the chart's options, which is a list in the form options: [name, title, units, family, context, charttype], where:

You can read more about family and context in the web dashboard doc.

The multiplier/divisor fields are used in cases where the value to be displayed should be decimal since Netdata only gathers integer values.

Once the data is received, your collector should process it in order to get the values required. If, for example, the received data is a JSON string, you should parse the data to get the required data to be used for the charts.

Assign the correct values to the charts#

Once you have process your data and get the required values, you need to assign those values to the charts you created. This is done using the data dictionary, which is in the form:

Set the order for the charts to be displayed#

Next, set the order of chart appearance with the ORDER list, which is in the form:

Give the charts data to Netdata for visualization#

Our plugin should just rerun the data dictionary. If everything is set correctly the charts should be updated with the correct values.

The python.d plugin has a number of framework classes that can be used to speed up the development of your python collector. Your class can inherit one of these framework classes, which have preconfigured methods.

In our use-case, we use the SimpleService framework, since there is no framework class that suits our needs.

You can read more about the framework classes from the Netdata documentation.

Determine how to gather metrics data#

A standard practice would be to either get the data on JSON format or transform them to JSON format. We use a dictionary to give this format and issue random values to simulate received data.

The following code iterates through the names of the expected values and creates a dictionary with the name of the value as key, and a random value as value.

Assign the correct values to the charts#

Our chart has a dimension called current_temp_id, which should have the temperature value received.

Set the order for the charts to be displayed#

Give the charts data to Netdata for visualization#

A snapshot of the chart created by this plugin: 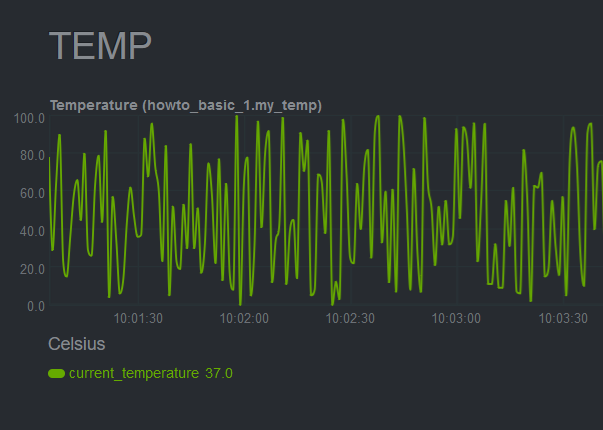 Here's the current source code for the data collector:

To enrich the example, add another chart the collector which to present the humidity metric.

Add a new entry in the CHARTS dictionary with the definition for the new chart.

The data has already been created and parsed by the weather_data=dict() function, so you only need to populate the current_humidity dimension self.weather_data["humid"].

Next, put the new humid_current chart into the ORDER list: 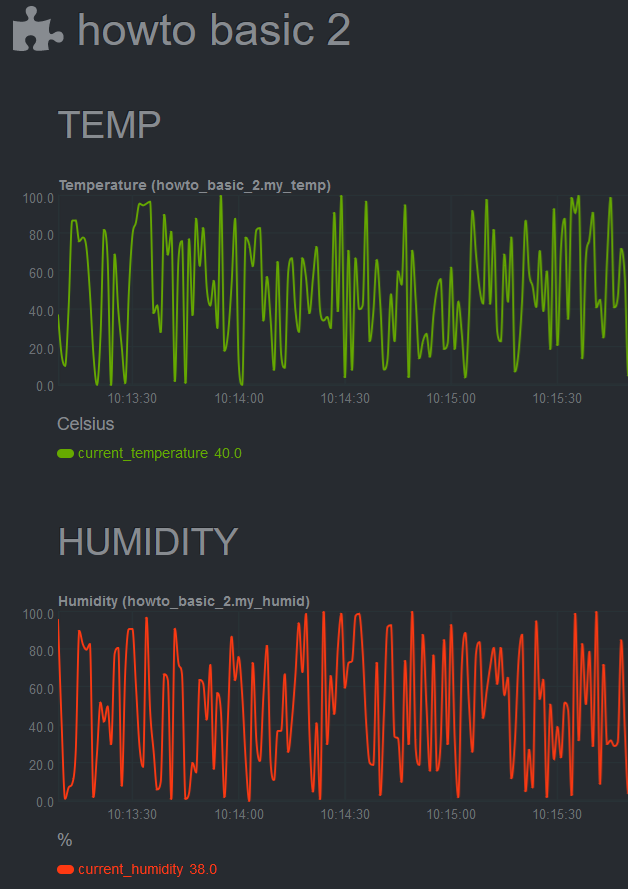 Next, time to add one more chart that visualizes the average, minimum, and maximum temperature values.

Add a new entry in the CHARTS dictionary with the definition for the new chart. Since you want three values represented in this this chart, add three dimensions. You should also use the same FAMILY value in the charts (TEMP) so that those two charts are grouped together.

As before, initiate new dimensions and add data to them:

Finally, set the order for the temp_stats chart: 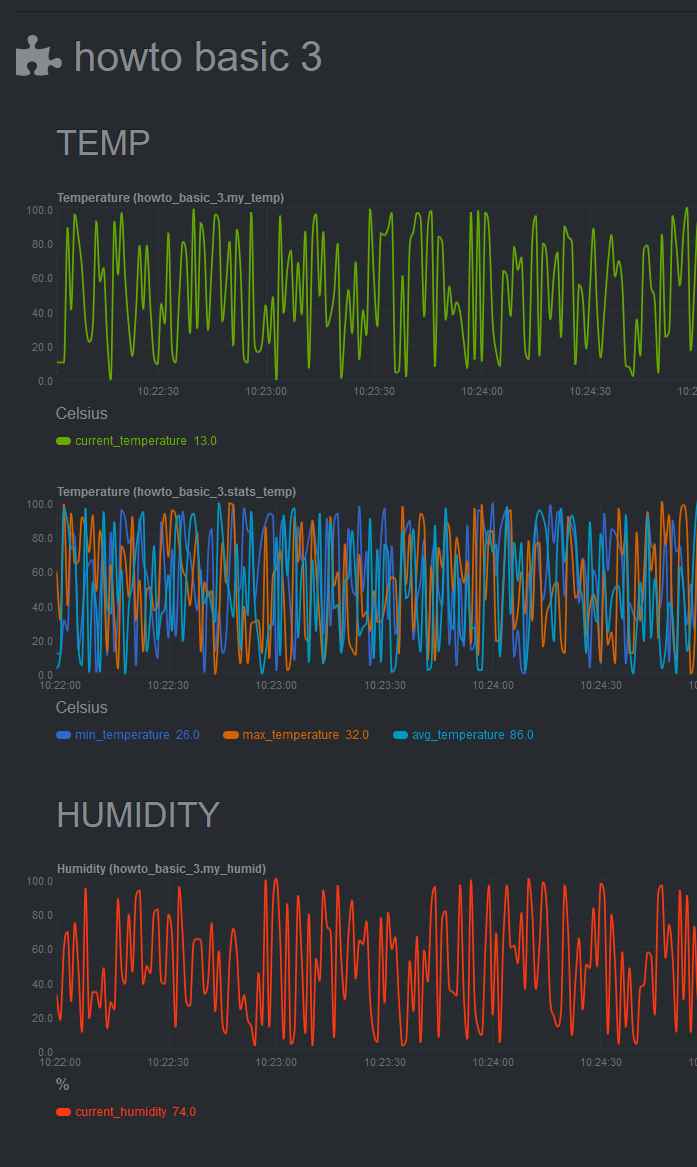 The last piece of the puzzle to create a fully robust Python collector is the configuration file. Python.d uses configuration in YAML format and is used as follows:

Next, access the above configuration variables in the __init__ function:

Moreover, when creating the configuration file, create a large comment section that describes the configuration variables and inform the user about the defaults. For example, take a look at the postgresql collector on GitHub.

You can read more about the configuration file on the python.d.plugin documentation.

Find the source code for the above examples on GitHub.

Now we you ready to start developing our Netdata python Collector and share it with the rest of the Netdata community.

If you need help after reading this guide, search our community forum for an answer. There's a good chance someone else has already found a solution to the same issue.