You need a working sendmail command for email alerts to work. Almost all MTAs provide a sendmail interface.

Netdata sends all emails as user netdata, so make sure your sendmail works for local users. 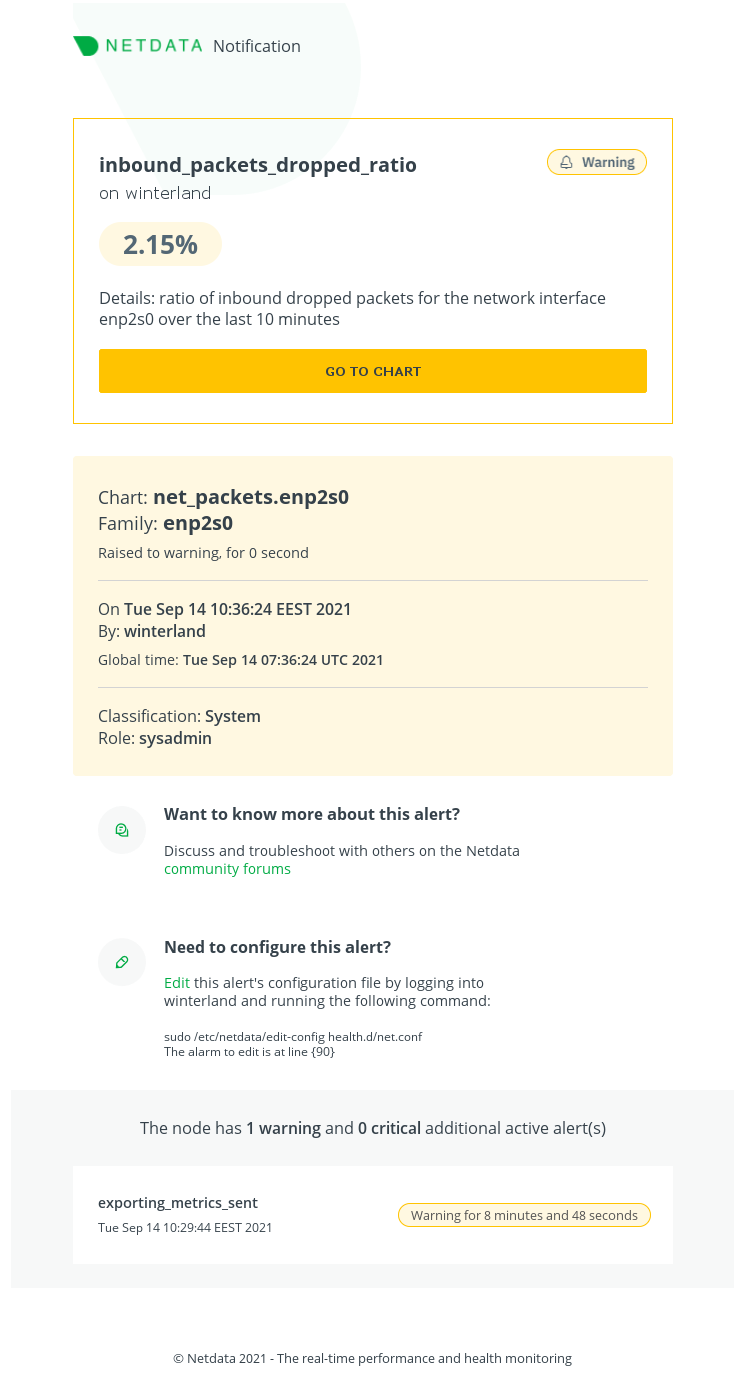 You can configure recipients in /etc/netdata/health_alarm_notify.conf.

You can also configure per role recipients in the same file, a few lines below.

Changes to this file do not require a Netdata restart.

You can test your configuration by issuing the commands:

Where [ROLE] is the role you want to test. The default (if you don't give a [ROLE]) is sysadmin.

Note that in versions before 1.16, the plugins.d directory may be installed in a different location in certain OSs (e.g. under /usr/lib/netdata). You can always find the location of the alarm-notify.sh script in netdata.conf.

Every notification email (both the plain text and the rich html versions) from the Netdata agent, contain a set of custom email headers that can be used for filtering using an email client. Example:

If you want an alternative to sendmail in order to have a simple MTA configuration for sending emails and auth to an existing SMTP server, you can do the following:

# The full path to the sendmail command.
# If empty, the system $PATH will be searched for it.
# If not found, email notifications will be disabled (silently).
sendmail="/usr/bin/msmtp"
(sudo) su -s /bin/bash netdata
chmod 600 ~/.msmtprc

If you need help after reading this doc, search our community forum for an answer. There's a good chance someone else has already found a solution to the same issue.