Spaces are high-level containers to help you organize your team members and the nodes they're able to view in each War Room.

If you aren't invited to Netdata Cloud by another user, you'll create your first Space and War Room during the onboarding process that starts just after signing in. If you're invited by someone else on your team, you'll be able to create new Spaces of your own, and, with the correct privileges, create and configure War Rooms within existing Spaces.

Let's talk through some strategies for creating the most intuitive Cloud experience for your team.

How to organize your Netdata Cloud​

You can use any number of Spaces you want, but as you organize your Cloud experience, keep in mind that you can only add any given node to a single Space. This 1:1 relationship between node and Space may dictate whether you use one encompassing Space for your entire team and separate them by War Rooms, or use different Spaces for teams monitoring discrete parts of your infrastructure.

The other consideration for the number of Spaces you use to organize your Netdata Cloud experience is the size and complexity of your organization.

For startups, small- or mid-size businesses, or focused independent teams, we recommend sticking to a single Space so that you can keep all your nodes and their respective metrics in one place. You can then use multiple War Rooms to further organize your infrastructure monitoring.

Enterprises may want to create multiple Spaces for each of their larger teams, particularly if those teams have different responsibilities or parts of the overall infrastructure to monitor. For example, you might have one SRE team for your user-facing SaaS application and a second team for infrastructure tooling. If they don't need to monitor the same nodes, you can create separate Spaces for each team.

Click on the green + button to add a new Space. Enter the name of the Space and click Save. 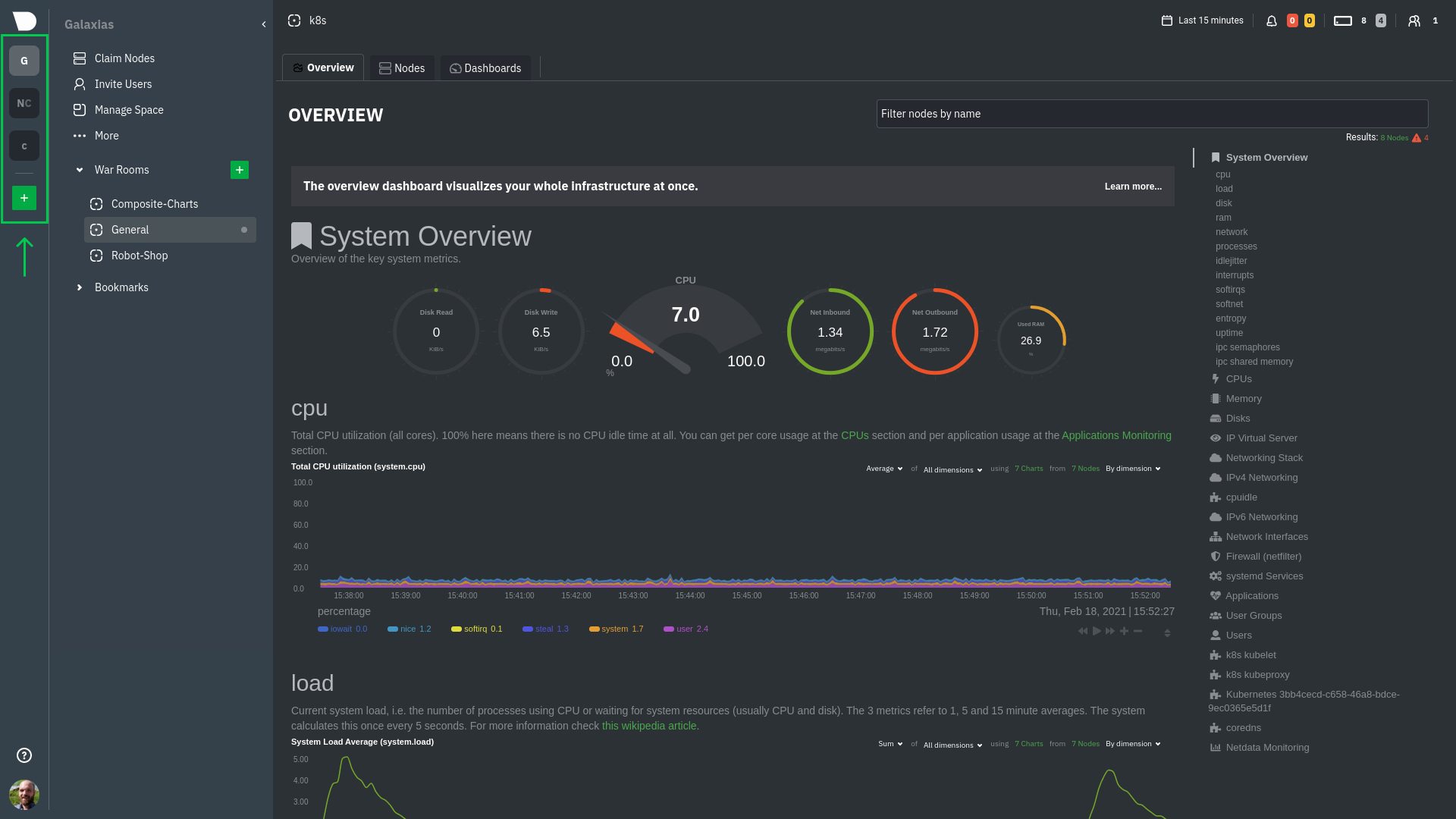 Click on any of the boxes to switch between available Spaces.

Netdata Cloud abbreviates each Space to the first letter of the name, or the first two letters if the name is two words or more. Hover over each icon to see the full name in a tooltip.

Manage your spaces in the left-hand navigation, which shows the name of the current Space, followed by common management actions. Finally, the panel lists every War Room in the Space. 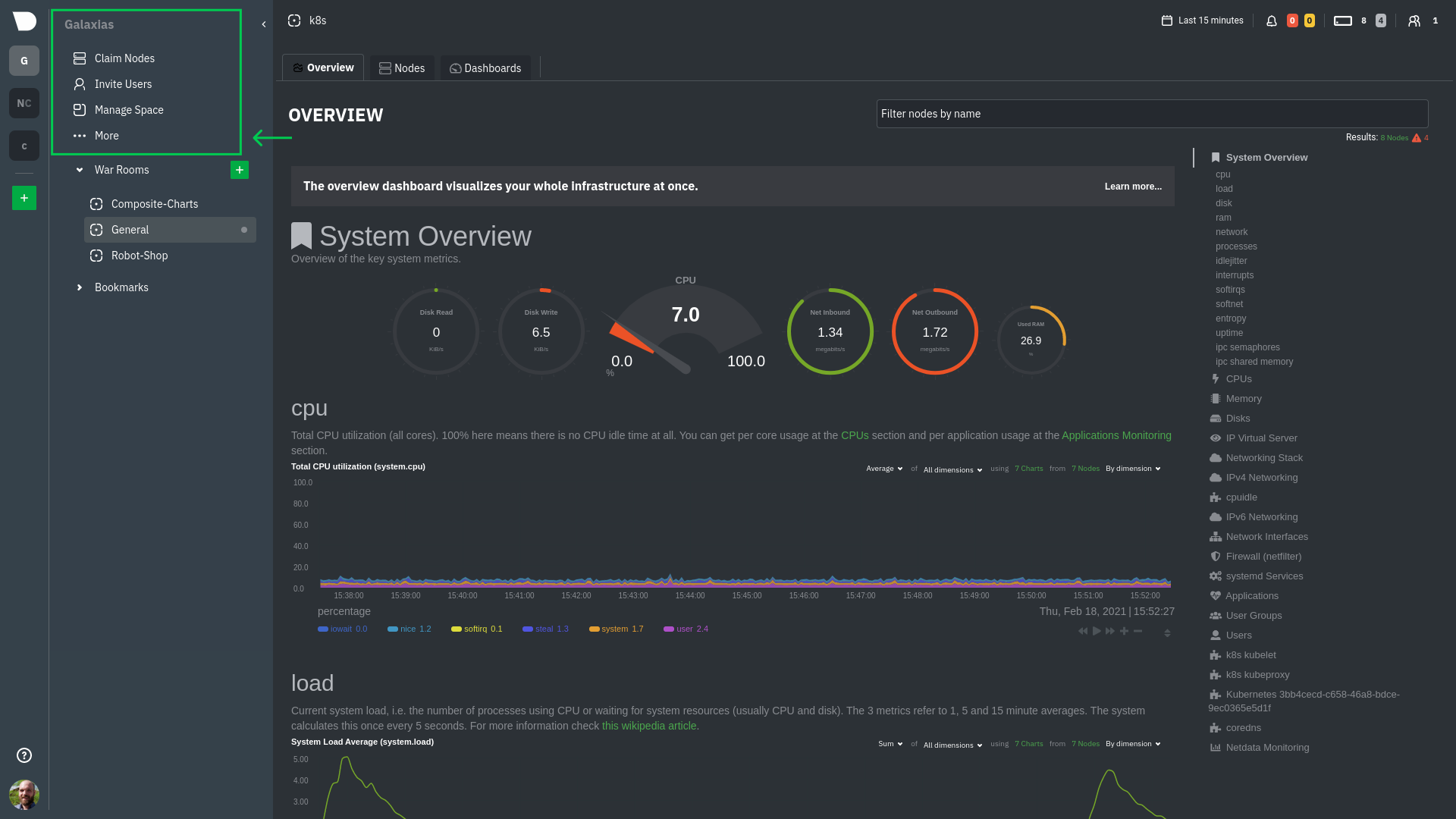 To connect nodes to a Space, click on Connect Nodes. Copy the claiming script to your node and run it. See the connect to Cloud doc for details.

Click the More link to see additional options, such as managing the War Rooms within a Space, managing users, or managing bookmarks.

Obsoleting offline nodes from a Space​

Netdata admin users now have the ability to remove obsolete nodes from a space.

Once you configured your Spaces, it's time to set up your War Rooms.