The Overview is one way to monitor infrastructure using Netdata Cloud. While the interface might look similar to local dashboards served by an Agent, or even the single-node dashboards in Netdata Cloud, Overview uses composite charts. These charts display real-time aggregated metrics from all the nodes (or a filtered selection) in a given War Room.

With Overview's composite charts, you can see your infrastructure from a single pane of glass, discover trends or anomalies, then drill down by grouping metrics by node and jumping to single-node dashboards for root cause analysis. 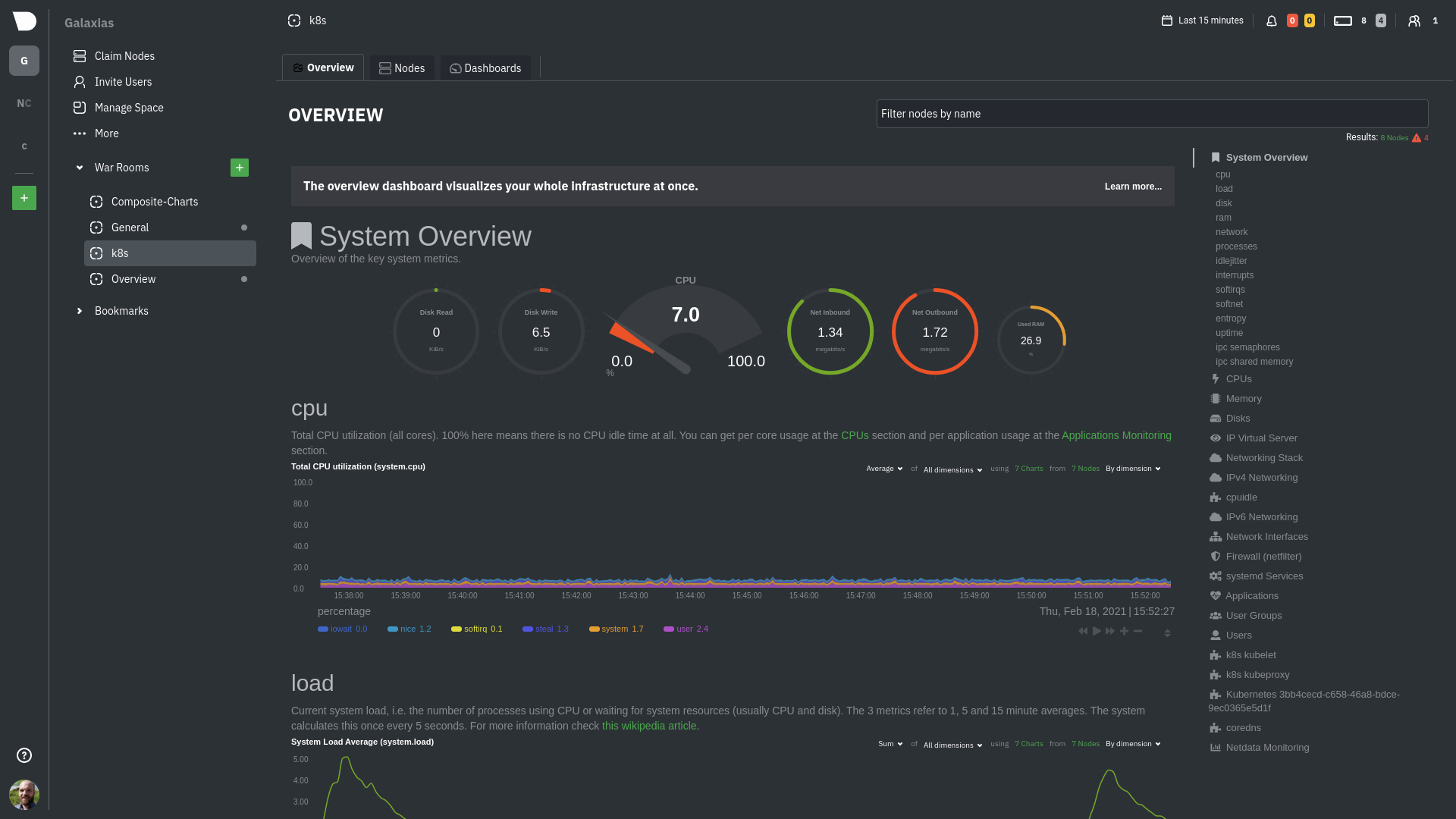 Before you get started#

See our update docs for the preferred update method based on how you installed the Agent.

Each chart has a definition bar to provide information about the aggregate function, dimension, and nodes related to that chart.

The following aggregate functions are available for each selected dimension:

Select which dimensions to display on the composite chart. You can choose All dimensions, a single dimension, or any number of dimensions available on that context.

Click on X Charts to display a dropdown of charts and nodes contributing to that composite chart. Each line in the dropdown displays a chart name and the associated node's hostname. 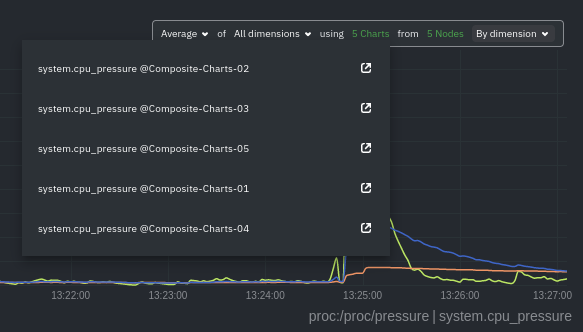 Click on X Nodes to display a dropdown of nodes contributing to that composite chart. Each line displays a hostname to help you identify which nodes contribute to a chart. 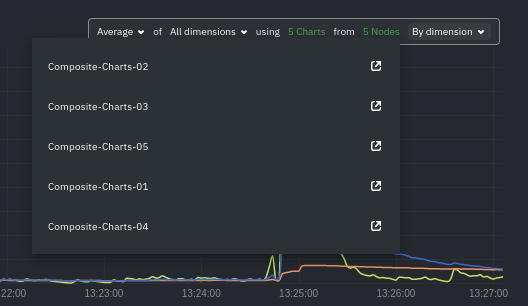 If one or more nodes can't contribute to a given chart, the definition bar shows a warning symbol plus the number of affected nodes, then lists them in the dropdown along with the associated error. Nodes might return errors because of networking issues, a stopped netdata service, or because that node does not have any metrics for that context.

Group by dimension or node#

Click on the By dimension dropdown to change how a composite chart groups metrics. The default is by dimension, so that each line/area in the visualization is the aggregation of a single dimension.

The mem.committed chart when grouped by dimension:

The same chart when grouped by node:

Click on X Charts/X Nodes to display one of the two dropdowns that list the charts and nodes contributing to a given composite chart. For example, the nodes dropdown.

To jump to a single-node dashboard, click on the link icon

The single-node dashboard opens in a new tab. From there, you can continue to troubleshoot or run Metric Correlations for faster root cause analysis.

You can interact with composite charts as you would with other Netdata charts. You can use the controls beneath each chart to pan, zoom, or resize the chart, or use various combinations of the keyboard and mouse. See the chart interaction doc for details.

The Overview uses a similar menu to local Agent dashboards and single-node dashboards in Netdata Cloud, with sections and sub-menus aggregated from every contributing node. For example, even if only two nodes actively collect from and monitor an Apache web server, the Apache section still appears and displays composite charts from those two nodes. 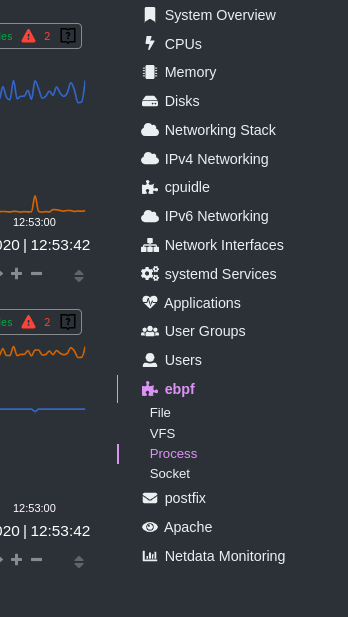 One difference between the Overview's menu and those found in single-node dashboards or local Agent dashboards is that the Overview condenses multiple services, families, or instances into single sectiosn, sub-menus, and associated charts.

For services, let's say you have two concurrent jobs with the web_log collector, one for Apache and another for Nginx. A single-node or local dashboard shows two section, web_log apache and web_log nginx, whereas the Overview condenses these into a single web_log section containing composite charts from both jobs.

The Overview also consdenses multiple families or multiple instances into a single all sub-menu and associated charts. For example, if Node A has 5 disks, and Node B has 3, each disk contributes to a single disk.io composite chart. The utility bar should show that there are 8 charts from 2 nodes contributing to that chart.

This action applies to disks, network devices, and other metric types that involve multiple instances of a piece of hardware or software. The Overview currently does not display metrics from filesystems. Read more about families and instances in our web server docs.

When you change a composite chart via its definition bar, Netdata Cloud persists these settings in a query string attached to the URL in your browser. You can "save" these settings by bookmarking this particular URL, or share it with colleagues by having them copy-paste it into their browser.

For another way to view an infrastructure from a high level, see the Nodes view.

If you need a refresher on how Netdata's charts work, see our doc on interacting with charts.

Or, get more granular with configuring how you monitor your infrastructure by building new dashboards.